The slot therefore has the same features as ‘the other Jack’ and pretty much works the same way. But so what? The eerie mood gives you an impression that something ghastly is just around the corner but with the potential of the free spins round, something that could make your month is never too far away, either.

NetEnt have created a slot that is simple and compelling in equal measure and that’s easier said than done.

As is often the case with this software provider, it’s a 5×3 reel slot with a 96.3% RTP where you can adjust the usual things you can on any NetEnt slot. That obviously includes your stake and the sound effects but another thing you can do is use the Autoplay function to play as many spins as you want without having to move a muscle. Even then, you can add ‘stops’ so the Autoplay ceases if you win (or lose) a certain amount or if one of the features is activated.

Blood-curdling screams are part and parcel of the game, as are other noises that wouldn’t look out of place in movies so scary you need to be at least 18 to watch them.

Symbols include a deranged-looking horse, something that looks like a cross between a mouse and a bat and a bloodthirsty crow.

Any wins secured with the Wild (more on it in a second), are paid out at 3x their value if the Wild helps form them.

This wouldn’t be much of a slot themed around Jack O’ Lanterns if there weren’t… Jack O’ Lanterns. The appearance of the eponymous symbol isn’t as frequent as one would want but when it does show up on the reels, it tends to make it worth your while.

Each time it appears anywhere on the reels, it guarantees you a re-spin. That’s worst-case scenario because it could be as many as four re-spins. And that’s where fans of the older and better-known Jack and the Beanstalk will start to recognize the similarities: the now-infamous Walking Wilds.

So here’s what happens: when the ‘Jack’ appears on the reels, it will give you at least one respin. That’s another spin without you having to pay for it.

If it lands on Reel 2 (from left to right) it will only give you one respin because the pumpkin shifts one position to the left ahead of each respin and having reached Reel 1, it has nowhere left to go. But should you be lucky enough to land the ‘Jack’ on Reel 5, you’ll have four respins; one for each Reel it travels from right to left, till it lands on Reel 1. And that’s only half the story.

Remember that the spooky pumpkin is the game’s Wild so can substitute for anything top help you win. Additionally, all Wilds secured with it are trebled, as mentioned already. A decent run of Walking Wilds and the tricks and treats are understandably… on you.

Everyone loves a jewelry box but the ones here are even more intriguing than usual. Get three of them (they’re the Scatter symbol if you hadn’t noticed) and it’s free spins time. You’re initially awarded with 10 of them but for each three extra Scatters, it’s 5 more free spins for you. As the free spins keep coming, you’ll accumulate special Lantern symbols. You need to get them in threes and here’s what they give you:

There will always be critics of taking a popular slot and giving it a make-over that makes it look like something completely different. But who can blame NetEnt for taking one of the most famous and dearly-loved slots of the past decade and using the genius behind it to create a slot with a totally different theme to it?

The result is a game that’s pretty much as scary as anything we’ve seen in the slot world for ages, while maintaining the two bonus features that made the original Jack such a big hit.

Players may be a little frustrated that those free spins rounds don’t come along quite as often as one would like but it more than makes it up for it when they do. And if they don’t, the Walking Wilds at least put you on the path back to safety in terms of your bank.

Whether you’ll feel safe playing this truly spooky game, is another matter. 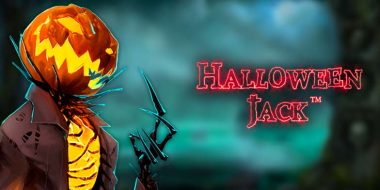