Playing casino games is about entertainment. Whether you’re watching the spin of the wheel on the online casino, or taking on the blackjack dealer face to face, it is great fun. However, what’s not so fun is when you lose. Various myths have circulated over the years for the supposed real reasons that you lose at the casino.

From fixed machines to bosses interfering with your hand, we’ve heard it all. However, casinos are ultimately fair, and luck is just luck. Here’s a look at some of the classic casino myths – and just how fake they are.

“They fix their games!” 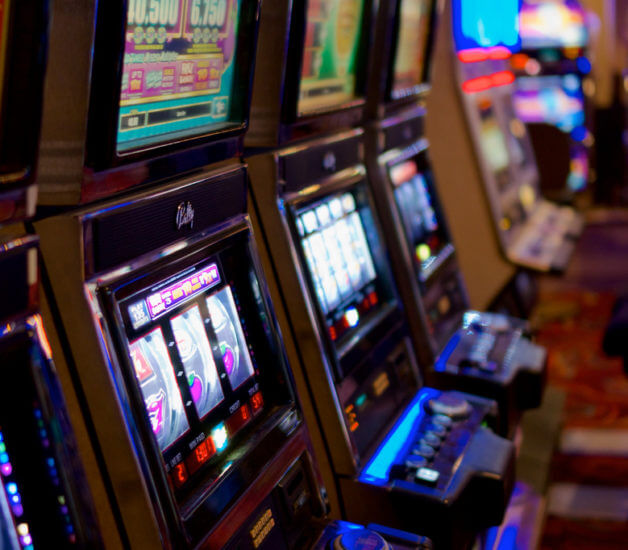 This is the most common accusation levelled at casinos: the slot machines are fixed. All slot machines are required to tell you the expected return to player: it’s usually about 95%, depending on the game. However, this is the average over a very large number of games. On a small scale, you experience much more randomness: it’s why you get some people winning big, and others losing all their money. That 5% difference is the house edge, and it makes sure the casino always turns a profit from its visitors.

Careful guidelines are in place to ensure casinos are gambling sites operate fairly. Fixed slot machines would obviously violate the terms and conditions set out, as it’s not giving players the stated odds. If you lose at the slots, it’s just the way things go. Hopefully you’ll have better luck next time, but there’s nothing sinister going on.

The Gambler’s Fallacy – you’re not due a win 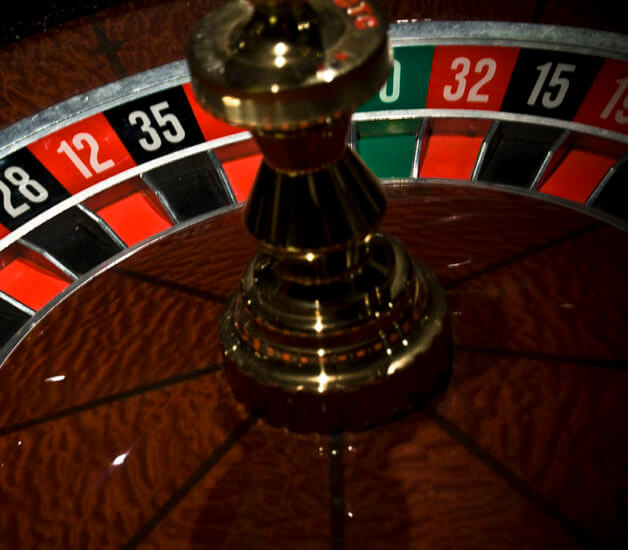 The Gambler’s Fallacy is a catchy name for a very common misconception. It’s the idea that something which has happened very frequently over one period of time is therefore more unlikely to happen over the next period of time.

Roulette provides a really easy way to look at it. If black comes up once, it’s nothing special. If it comes up ten times in a row, people become convinced that it has to come up red. A famous example of this happened at the Monte Carlo Casino in 1913: black came up 26 spins in a row. Gamblers kept putting their money on red, and they kept losing – not through any malicious intention, but just because that was how the game fell that day. People lost millions.

Intuitively, we know that it’s very unlikely for the roulette to come up black 26 times in a row. That’s because we’re looking at it from an outside perspective, and thinking about the tiny odds of it happening 26 times in a row right from the beginning of the sequence. However, it’s just as likely as any other combination of red and black in that many spins. And each spin that happens still has (just under) a 50% chance of coming up black: every spin is independent regardless of previous results.

This is the same kind of mistaken reasoning as “hot” and “cold” numbers in roulette: a number which has come up lots isn’t “due” to come up again. Humans are emotional, but maths is cold and logical. Don’t let your heart rule your head, or the Gambler’s Fallacy could cost you big money.

Going to a casino is a very different experience to playing online, and we would recommend that everyone tries to take in the bright lights and sheer wow factor of top casinos around the world. Of course, you can practice before you go with LadyLucks, which will sharpen your focus for the tables.

However, whether it’s the bright lights of Las Vegas or the casino in your local town, there are certain myths that are associated with land-based venues. One is that they pump the buildings full of oxygen to keep players awake and alert.

Sure, it’s no secret that casinos want to keep players playing, and they do make certain arrangements to do that. They include the absence of clocks and windows in the casino, meaning that you get no distractions when playing. But image how much money it would cost to have that much pure oxygen! Not to mention the legal problems! The more you think about it, the more ridiculous this casino myth becomes.

Another myth involves the slot machines: many people believe that the slots which pay out are deliberately positioned near aisles and the entrances of the casino. This is supposed to show passers-by that players are winning, and therefore encourage more people to play.

However, wins are randomly triggered according to the pay table. If you walk by a slot and see someone winning then it’s luck, not deliberate planning. It would be illegal for some identical game machines to pay out more than others – and we already know that casinos don’t need to fix machines.

Keeping an eye on you 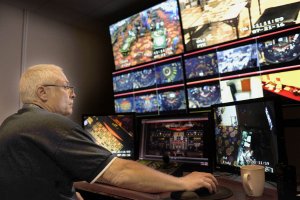 It’s no secret that casinos are full of cameras, and everything is monitored. From the second you walk in, all eyes will be on you: the extensive security teams at some of the bigger casinos can watch every hand from every table if they want, and they’re especially on the look-out for card-counters in Blackjack.

The large security presence has prompted the myth that behind-the-scenes agents can change the patterns on slots, so winners stop winning. It’s true that slot machines are computerised, but the winnings are based on random calculations and number generation: it’s a complex procedure that can’t be influenced from the outside.

There’s also the rumour that security will remove you if you win too much at table games. However, unless you’re doing something suspicious, there’s no reason for security to get involved. In fact, casinos like it when people win big: it encourages more people to play, who will inevitably lose money, thus giving the casino a bigger profit.

With the amount of money at stake, security need to keep an eye on everything. The cameras are there to ensure the casino’s integrity, as well as the patrons’ safety. So smile – you’re on camera.

Myths become popular ways to explain why you lose at certain games. However, losses are just part of the game – and without them, wins would be meaningless. Whether you are enjoying the atmosphere of a big casino, or playing on our huge range of slots from your phone, unpredictability is what makes gaming great.

You don’t know what is going to happen, so the tension, nerves and excitement make it a thrilling game. So the next time someone tries to give you a run-down on casino myths, point out where they’re wrong and just tell them to cut loose and have some fun – because that’s what casinos are really all about!

There are 201 others news