When it comes to keeping yourself entertained in your spare time, there are a range of things that you can do, however few will give you the same thrill as the games at the casino. Whether it is the challenge of trying to bluff your way to victory on the poker table, the unpredictability of the hand at blackjack or the anticipation that the roulette wheel builds up, it’s fun!

Given the undoubted appeal, it attracts players from all walks of life – even the high profile stars you see in the news. Here we will look at some of the celebrities who enjoy the casino, perhaps too much in some cases. 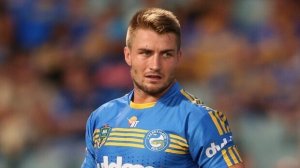 Unfortunately, we have to start on a negative note when we look at celebrities who enjoy a bet. Rugby League star Kieran Foran has enjoyed a very successful career at just 26-years old. He boasts 20 caps for New Zealand to his name and has two appearances for the NRL All-Stars as well, demonstrating his undoubted talent.

However, away from the field and his life has been blighted by problems, which came to a head when he was reported to have run up $75,000 in losses in just a two-hour spell, betting on greyhound and horse races from different countries.

It’s believed the account was losing so much that in the end the TAB account would only accept half of what Foran wanted to bet, and his misery was compounded when a horse he had wagered $20,000 on came dead last.

To make matters worse this gambling spree came after he had just checked himself out of a rehab facility in Queensland, after he had been admitted for overdosing on prescription pills. This came around the same time he had split up with his long-term partner, who is the mother of their two kids. We hope Kieran travels down the road to recovery with ease. 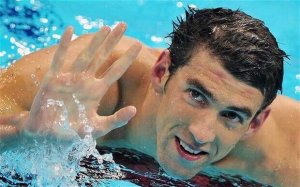 This summer has already been a great one for Michael Phelps. The huge American swimmer added yet more gold to his illustrious career when he became the most decorated Olympian of all time with 28 medals. Wow!

In 2014 he was reported to have had an eight-hour casino session before he was pulled over for DUI. The swimmer had been at a VIP section of a Maryland casino for all that time and had clearly been enjoying his downtime away from the pool.

That’s not the only time that he has been linked with gambling. Before that incident made the news, Phelps had hit the news for winning at the casino. In 2012 he had arrived at Las Vegas and left Sin City $100,000 richer thanks to his ability at the poker table. Do you reckon he’s one of those people who are just annoyingly good at everything they do!?

Phelps has admitted in the past that he loves to play for the fun, and that he started online with small stakes but now of course they have risen. Well, when you are worth in excess of $45m and are the most successful Olympian ever, then you are bound to spend a bit more than the average man, right? 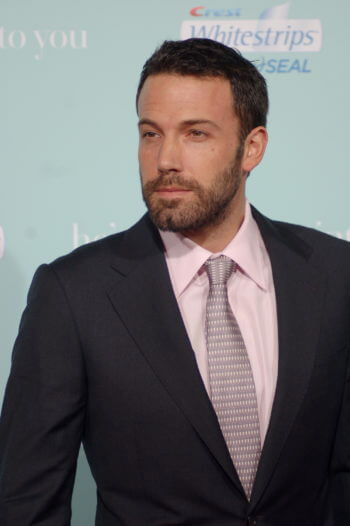 Yes, you read the headline right. One of Hollywood’s big names was banned from a Las Vegas casino in the past, although he claims it was being for too good! However, we should claim that the company in question claim it was for counting cards. Anyway…

Ben Affleck has well-known gambling tendencies and admits that his game of choice now is blackjack. We hear you, Ben! Although we know blackjack can be excruciating and exhilarating in equal measures, and the hope and tension that builds up as you wish for one card to make you hit the magic number can be so nerve-wracking, we love the card game!

Blackjack is the best game to play if you want to be a winner, it has the lowest house edge which means you have more chance of leaving with a profit than anything else, which is why Affleck got involved.

Despite his love of recent years for blackjack, in 2004 Affleck was a keen poker player and had even been tutored by the likes of Amir Vahedi and Annie Duke who were professional players if you didn’t know!

He even won the 2004 California State Poker Championship and the prize of over $350,000, although we are sure that’s just loose change to him. The victory even led to him qualifying for the World Poker Tour – not bad!

Even this actress likes to bet! 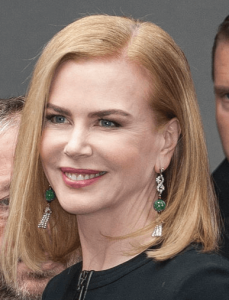 To many, Nicole Kidman might be the glamourous actress that you recognise off the television, but again in her free time, there is nothing that Nicole likes more than a quick bet.

Okay, there probably is, but she is definitely a fan of the casino!

She is a self-confessed keen gambler, and what’s more she is very disciplined when it comes to her bets so that it never gets out of hand. Exactly how it should be!

Kidman admits that she sets herself a budget, goes out gambles and ‘then I’m done’. Perfect.

So, there you have it, four celebrity gamblers. You may have heard of some of their woes in the press, but it just goes to show that even with the money, the fame and the success, people are still suckers for the casino. We mentioned the excitement that it creates, and whether you are betting $1 or $1,000 the money is irrelevant, it is the thrill that attracts players, which is why celebrity or not, we all love to gamble, and these four are just like the rest of us. So, when you are next playing, remember to stay in your limits and have fun. Good luck!

There are 216 others news